Rwanda is entering a new era of productivity and prestige.  Twenty-five years ago nobody would have ventured a Rwandan dollar that the nation would ever come back from near extinction.  In the summer of 1994, over a million Rwandan citizens lay slaughtered over the length and breadth of this small African state.  Genocide had, in a three-month period, bankrupted the moral capacity of the nation.  It was bankrupt in every sense of the word.  The government lay in shambles,  and the populace, which remained, was devoid of any purpose for themselves or those who might come later.

Out of that darkness came those who knew that reconciliation between the warring tribes must begin or else the nation would be utterly destroyed from within.  One of those who came forth was our host Pastor Denys, as he is affectionately called, and he began walking and riding a small motorcycle all over the country preaching reconciliation and forgiveness.  He instinctively knew that this would be the only way forward for a nation that had succumbed to self murder.  In fact, his message of forgiveness was so powerful, he was invited by the newly formed government under Paul Kagame to show how reconciliation could begin to happen and then healing could take place.

Pastor Denys began in the churches to make this practice visible and practically real.  His bold steps were noticed and slowly the nation began to move in a new direction.  Little by little forgiveness began to happen among neighbors, broken friends, torn families and tribes.  School curriculums were made to include fresh thinking about old tribal grudges and new national expressions of unity and pride.  No stone was left unturned or considered too small for change.

Eighteen years later Global Baptist Training Foundation was invited here by Pastor Denys to train those pastors he had helped to hand-pick in the aftermath of the genocide.  They had been picked to lead devastated churches because of their local reputations, Christian faithfulness, and Christlike spirits.  Many of them were pastors of churches of five hundred to a thousand people, some larger, all without proper education and training.  When I first met them in 2012, I was shocked by some of the stories they told, but the greatest story of all was that many of these pastors were no longer using their tribal names.  They were first of all Christians, but secondly they were Rwandans.  Was forgiveness easy?  Certainly not.  Many of them shared horrific stories, some of which are too gruesome to tell.  But the love of Christ prevailed and today these same pastors continue to lead their churches made stronger by their own confidence, built on the training we have been privileged to share for seven years.

This month of July marks the 25th anniversary of the end of genocide and Rwanda is now the crown jewel of all Africa.  Its growth and transformation is nothing short of phenomenal.  It has become the pride of Africa and is unrecognizable from its days of self-afflicted horror.  In the airport yesterday I stood in long lines of Europeans and Americans coming here to see what has happened and perhaps to contribute themselves to the ongoing success of Rwanda.

But the best part for me is that this visit marks the christening of our first African trainer for GBTF in the person of Shinga Fidele. He has been our personal translator, and in just a little over 90 days, Fidele, who is fluent in five languages, will begin holding multiple training classrooms a year all over East Africa!  As a national he will be able to reproduce leaders faster and more efficiently than we ever could!

This is the new missions which must begin to dominate our church missions agendas!  Where there are nationals, they must be trained, equipped, and sent to reach their nations for Christ.   Pray for Fidele.  He needs God’s help and our support to do his job.  May God bless and use him! 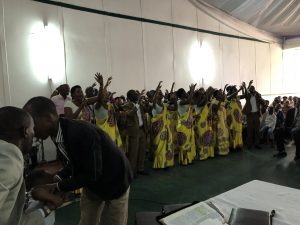 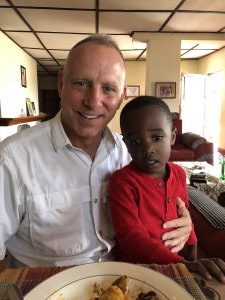 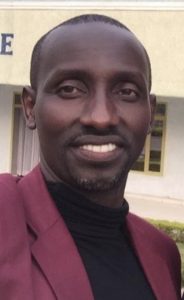